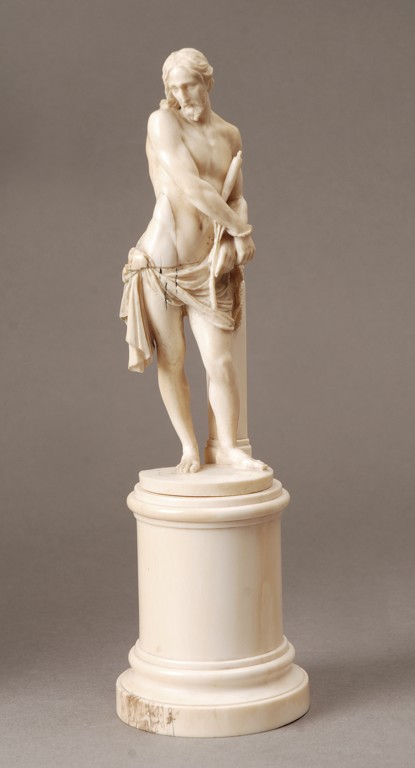 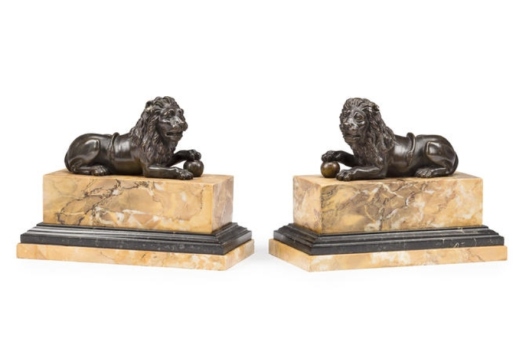 NEW YORK, NY.– “The Allure of Antiquity: The Bikoff Collection” is a curated section of souvenirs from the Grand Tour that will highlight the Fine Furniture, Silver, Decorative Arts & Clocks auction at Bonhams New York on March 4.

The Grand Tour was an essential part of the young Englishman’s education, typically taking place between the end of his formal education and the beginning of his adult life. It was also considered a rite of passage for artists. The tour generally lasted between two and three years with long stays in Paris, Rome, Naples and Venice. From their travels they brought with them a repository of knowledge of history and culture, as well as a fantastic collection of souvenirs.

Dating from the 18th and 19th centuries, the approximately 100 lot-section presents items from the esteemed collection of Kathleen and David Bikoff that ranges from marble columns, to bronze sculptures, to botanical and zoological watercolors. Highlights from this section include:

An important French Neoclassical style repousse metal reduction of the Vendôme column, mid-19th century. The metallic structure stands tall at 5 feet and 2 inches and is expected to fetch between $15,000 and $20,000. Photo Bonhams.

Similar columns have been in the collections of Carlos de Besteigui and Bill Blass.

An 18th-19th century Italian Neoclassical style patinated bronze sculpture of Marcus Aurelius on a white marble base that is estimated to fetch between $8,000 and $12,000. Photo Bonhams.

The original statue of Marcus Aurelius was erected circa 175 AD/CE, and is the only complete bronze statue of a pre-Christian Roman emperor to have survived. Such statues were usually melted down for their bronze or destroyed by early Christians; this one was not because it was erroneously believed to depict Constantine, the first Christian emperor. The base was designed by Michelangelo when it was relocated to the Capitoline Hill in 1538. 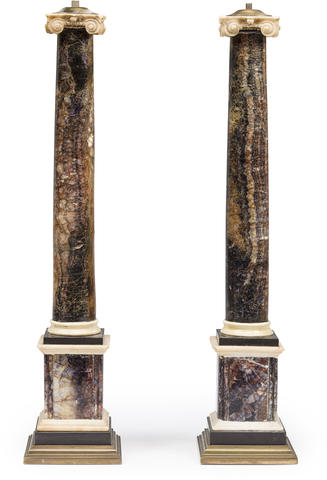 What makes these columns particularly significant is the presence of Blue John stone that is very rare, found only in Derbyshire, England, and which has historically been extremely sought after.

The vases are of substantial height, standing at a little over 15 inches.

Karl Green, Director of Furniture & Decorative Arts at Bonhams says, “What makes this collection exceptional is the attention the Bikoffs paid to the aesthetic value of the types of marble selected, some of them quite rare, as well as the number of Grand Tour items of such fine quality. They traveled the world in search of these objects and enjoyed them for decades, refusing all offers of purchase. It is only now that they have somewhat reluctantly decided to let these precious items go.” 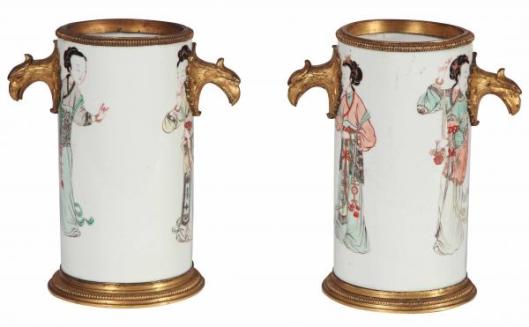 The Chinese Court first encountered European clocks in 1601, and developed a fascination for their beauty and mechanical complexity. Chinese artisans began to make clocks that set the most recent mechanical techniques from Europe within ornate cases which blended decorative elements from China and Europe. By the early 18th century, the Kangxi emperor (1662-1722) had founded a workshop which employed Jesuit missionaries trained as clock-makers alongside their Chinese counterparts.

The present clock is a perfect illustration of these hybrid designs. Many of its decorative elements echo the work of the English maker, James Cox, but Chinese symbolism remains dominant: setting the dial in the lower half of a double gourd is a Chinese symbol of longevity, and Chinese characters which translate as ‘Great Auspiciousness’ are set in jewels above it. But the most intriguing element of the design is the caricature of four European figures who are depicted kneeling beneath the clock and bearing it as a tribute.

The clock’s finely chased scroll feet rest on a fluted hardwood turntable base, and the silver frieze champlevé is enameled with leafy flowering vines which conceal a drawer containing the engraved winding key. The double gourd is draped with paste-set garlands tied with ribbons, and the dial is set with roman chapters and gilt hands. It stands 19” (49.5cm) high.

“In the 18th century, clocks were articles of wealth and prestige. In addition to possessing these attributes, this clock presents a remarkable synthesis of European and Chinese design. The broad cross cultural appeal of clocks made for the Chinese market has created a worldwide demand for these unusual works of art,” says Jonathan Snellenburg, director of the Watches and Clocks department at Bonhams New York.

The clock will be on display during the auction preview from 28 February to 3 March.

The opalescent body with bulbous neck painted en grisaille with coastal landscapes showing windmills, water and boats, one signed in gilt Daum Nancy with Cross of Lorraine, the other with faint Daum – 11 13/16 in. (30 cm.) high