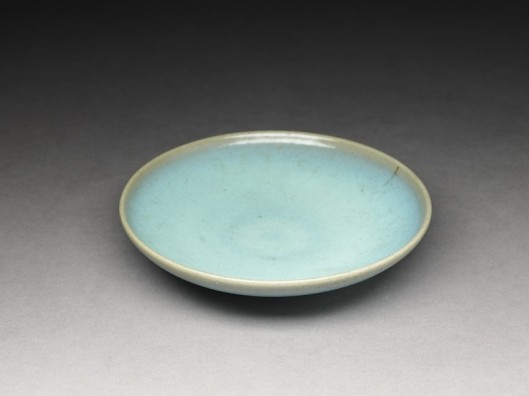 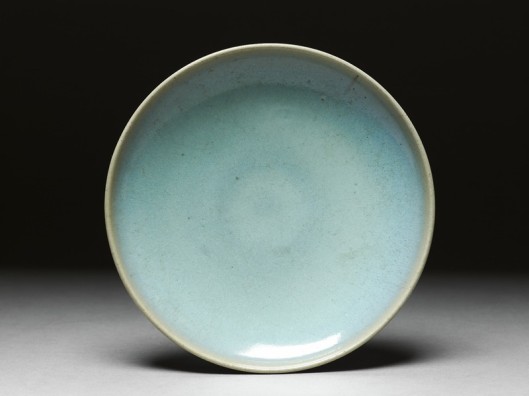 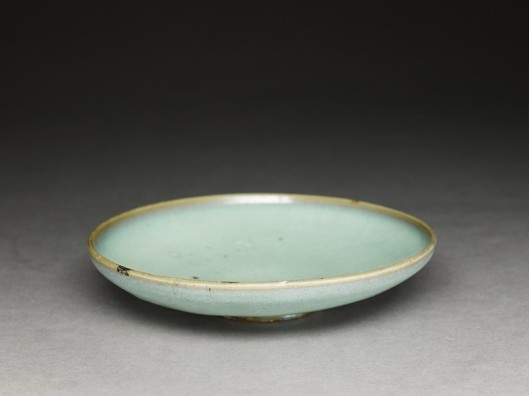 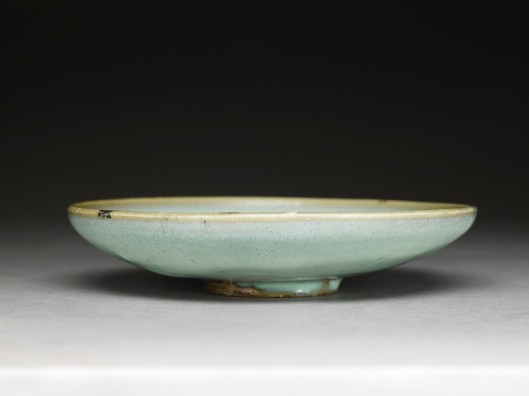 A shallow Junyao dish with everted rim, covered on the interior and exterior with a milky bluish glaze, thinning to a grey-brown on the rim. Diameter 11 cm

The first of the classic wares to receive the patronage of the Northern Song court, Ding ware is distinguished by its thin white body, its warm, ivory-coloured glaze and the fluent beauty of its carved and incised decoration. The glaze has a tendency to pool in drops that Chinese poets have eloquently described as ‘tear drops’. The Ding kilns are credited with several innovations in ceramic technology, including the method of firing upside-down (called ‘fushao’), which stopped the thinly potted, larger dishes from warping but also necessitated the application of a copper band to the unglazed rim. So subtle is the design on Ding ware that photographs still cannot do justice to the fluent beauty of its carved designs and the sensuous tactility of its glaze.

Ding ware has been designated one of the ‘five great wares’ of China since the Song dynasty. One of the first wares known to have been used at the Imperial Court, Ding ware is characterised by its light buff-coloured body, its warm ivory-coloured glaze, and the fluidity of its carved designs. One innovation of Ding wares was to fire pieces upside-down in saggars, a technique which helped prevent warping. To prevent sticking, the mouths of pieces were not glazed: hence the copper rim (as seen on this piece) which is typical of Ding.

Despite all the technical advances that occurred at the Ding kilns, glazes tended to run in drops that are known in Chinese as ‘tear drops’ and which attracted the attention of poets. This splendid dish sports typical tear drops on its reverse side.