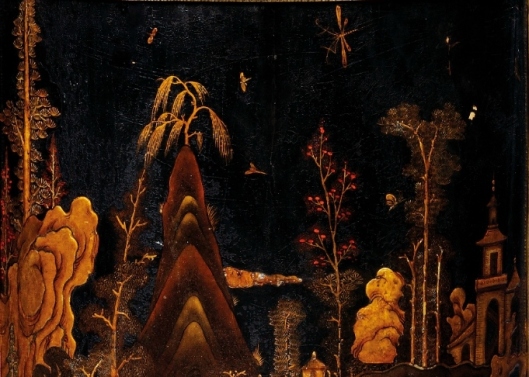 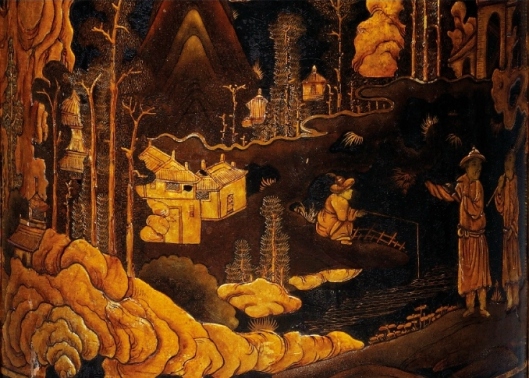 Originally from Scandinavia, Pierre-Harry Mewesen worked in Paris and produced high quality furniture in the Louis XV style, as well as transitional and Louis XVI pieces, including commodes, bureaux, secretaires and encoignures. Many examples of his work are decorated with marquetry depicting flowers, musical instruments and trophies and his mounts are usually restrained and discreet. Some of his rarer pieces include oriental lacquer and Vernis Martin such as these encoignures. A closely related secrétaire à abattant with Chinese lacquer and japanned panels, which demonstrate the less common use of lacquer depicting Oriental landscapes, was sold by the descendants of Daniel Grand d’Hauteville (1761-1818) from Château d’Hauteville, Vevey, Switzerland, at Christie’s, London, 30 September 2014, lot 22.