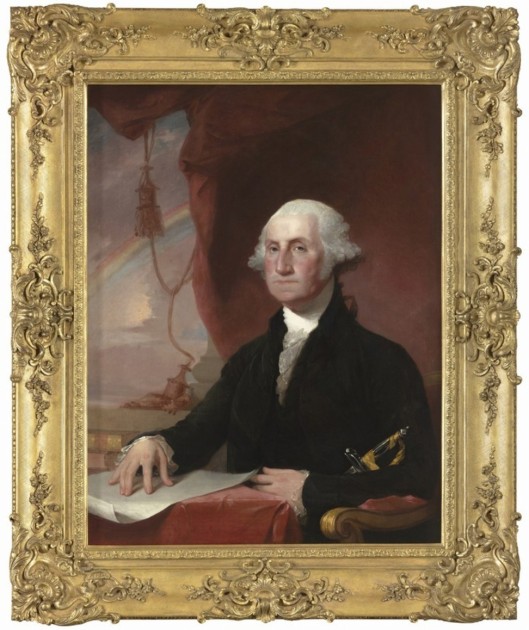 Scheduled to open this fall, the Jean Nouvel-designed Louvre Abu Dhabi has already amassed a collection of 300 objects along with another 300 works on loan from the French government. A just-announced acquisition may seem unlikely: an 1822 portrait of George Washington by Gilbert Stuart will now reside at the Louvre’s new outpost in the United Arab Emirates.

Los Angeles’s Armand Hammer Foundation sold the work to the Louvre Abu Dhabi for an undisclosed sum, reports Kelly Crow of The Wall Street Journal. Other Washington portraits by the artist have fetched around $8 million, according to auction records.

Finished 23 years after Washington’s death, the first President is depicted with one hand on a document and another wrapped around a sword hilt. A rainbow appears in the distance.

Jean François Charnier, curatorial director of Agence France-Museums, is shaping the collections. He said the Washington image was bought to hang near Jacques-Louis David ’s epic portrait, “Napoleon Crossing the Alps,” on loan from the Palace of Versailles in France in a gallery devoted to the rise of the individual in the 18th and 19th centuries. 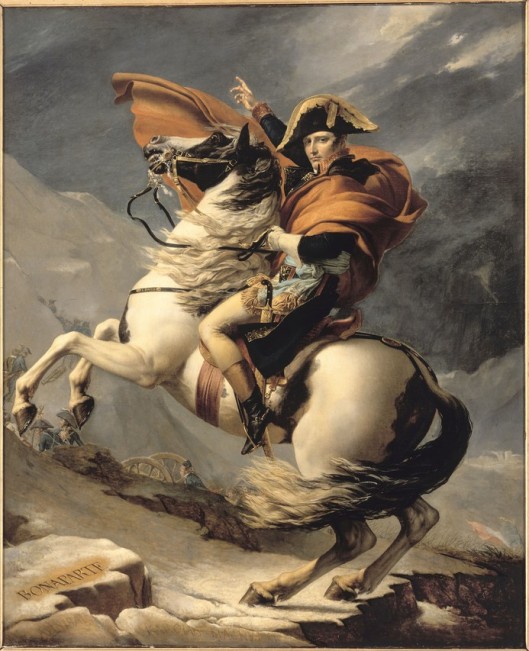