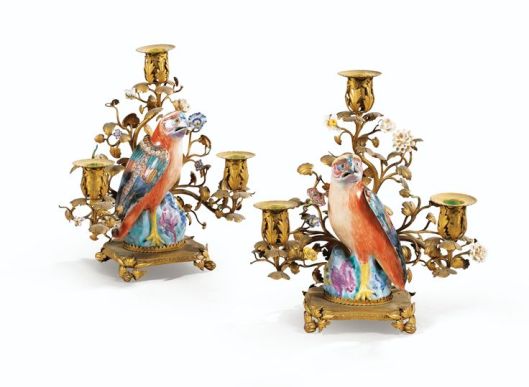 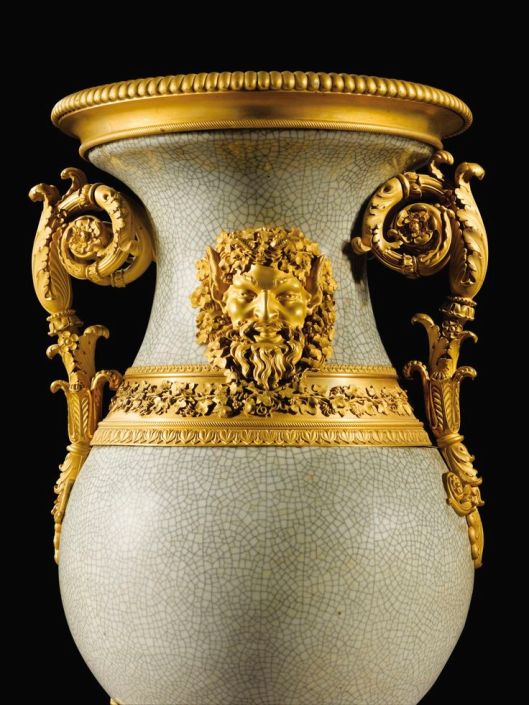 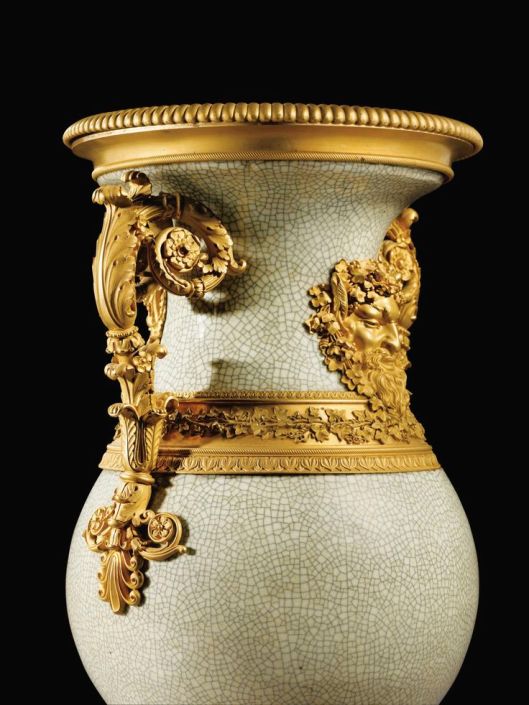 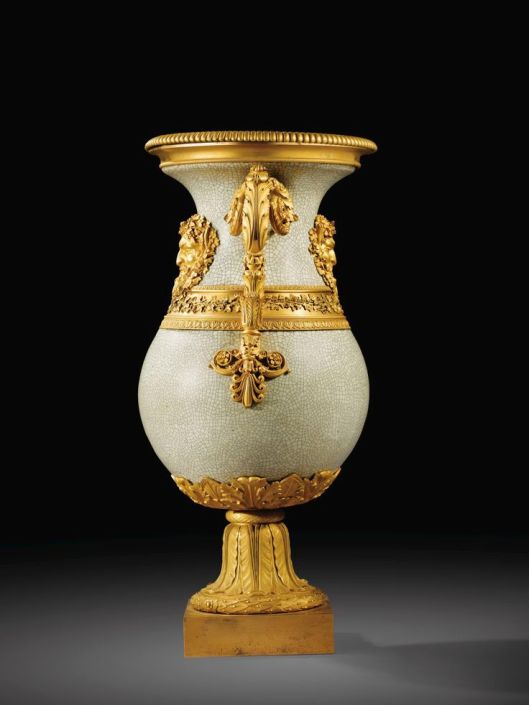 Hemimorphite crystal sprays on matrix. From the Ojuela Mine, Mapimi, Durango, Mexico.

The Hematite component is the colorant in these glassy crystals & presents itself as shades of pink, red & brown. The surface luster is very impressive & almost every crystal is terminated.  Measures 7 cm by 3.6 cm by 3.2 cm in total size. 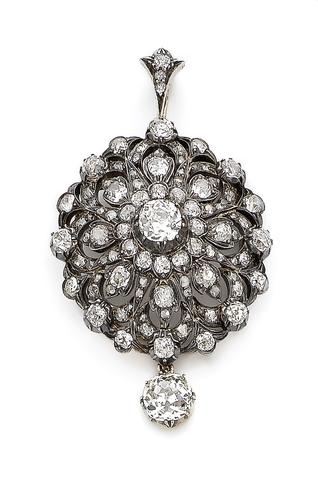 Exhibited: Washington, D.C., Board of Governors of the Federal Reserve System, Art for collectors: an exhibit under the auspices of the Reserve Board Club, First Floor, Board Building, 25 September 1977-17 November 1978.

Notes: This brightly colored harbor scene by Giovanni Paolo Panini portrays an imaginary Mediterranean seaport bustling with activity. At first glance, the sweeping architecture that fills the left side of the composition appears to be an invention – Panini was a practicing architect who, two years after completing this painting, would serve on the panel of judges for the design competition for the façade of San Giovanni in Laterano and in 1734 would design the chapel of Santa Teresa in the Roman Church of Santa Maria della Scala. Yet for the architecture in the Seattle Art Museum painting, Panini took inspiration from one of Rome’s most famous monuments: Gianlorenzo Bernini’s monumental Colonnade for St. Peter’s. Indeed, the majestic, sweeping rows of towering, Doric columns terminating in classical temple façades and surmounted by a balustrade with statuary is nearly identical to Bernini’s Baroque architectural masterpiece. As such, this painting is best understood as an early foray into a genre that Panini began to develop at the beginning of the 1730s, the capriccios of Roman monuments grouped together into imaginary landscapes, which were so avidly sought-after by visitors to Rome wishing to preserve the memory of their Grand Tour. Panini’s fascination with French painting from previous generations is reflected in his lyrical treatment of light, recalling the works of Claude Lorrain, as well as in his elegant figures who fill the foreground in a variety of poses, many of which recall the works of Antoine Watteau.

As David Marshall has observed, the present painting is one of the earliest known compositions of which Panini produced multiple versions. The artist’s first treatment of this scene appears to be the smaller version (85 x 111 cm.), signed with the artist’s initials and dated ‘I.P.P., 1730’, which was offered at Sotheby’s, London, 1 November 1978, lot 47 (see F. Arisi, Gian Paolo Panini e I fasti della Roma del ‘700, Rome, 1986, p. 332, no. 202). The ex-Sotheby’s painting appears from thte catalogue illustration to be slightly cropped in relation to the Seattle version: absent are the grassy area in the foreground and the final column and entablature at far left. While nearly all of the figures occupy identical positions in both paintings, Panini added three extra ships along the horizon in the Seattle version, and also repositioned the rightmost group of figures to accommodate the wider field of view. The elevated quality of the present painting suggests that it was Panini himself who expanded the composition, prominently signing his work to ensure his patron recognized its autograph status.

We are grateful to David R. Marshall for confirming the attribution on the basis of photographs and for his assistance in cataloguing this painting (private communication, 7 November 2014).

Francesco Guardi, The Entrance to the Grand Canal 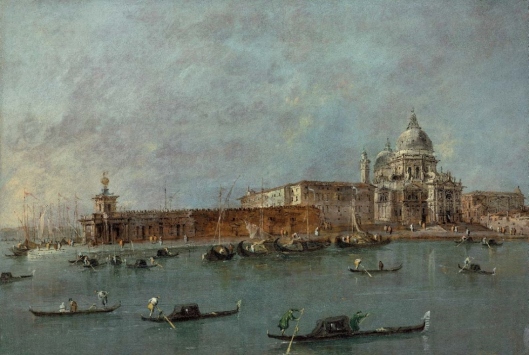 Notes: This sparking veduta is a fine example of Francesco Guardi’s fully mature work. Throughout the 1770s and 1780s, Guardi’s palette lightened and brightened. He rearranged topography and employed entirely whimsical lighting, exaggerated the effects of perspective, and increasingly emphasized the surface of his painting with ever more frenetic and irregular brushwork, all of which become the marks of his distinctive, mature style. His images softened into a suffused pale glow which bathes his whole composition. He set the city floating, as Michael Levey observed: « frail yet with bubble-like buoyancy, between great expanses of water and watery sky … Nothing is quite still. Boats dart, flags flap, and the buildings themselves seem to unwind like so much ribbon along the Grand Canal. » From the first, Levey concludes, Guardi: « intended to interpret Venice rather than reproduce it, and his best views of it capture a sparkle of light and a sense of eternal movement which Canaletto never quite caught, and which is certainly part of the city. » (M. Levey, Painting in eighteenth-century Venice, Oxford, 1980, pp. 127-130).

The present work was accompanied until 1954 by a pendant showing the island of San Giorgio Maggiore and the Punta della Giudecca, which was sold separately as lot 57 (2,600gns. to N. Bellesi) and subsequently listed by Morassi as in a private collection in Bergamo (Morassi, op. cit., I, p. 396, no. 455). Morassi’s disparate comments about the two pictures, which he does not relate to each other although he describes both as late works, are contradicted by the high quality of the present painting (which he presumably never saw) and by the significantly higher price paid for it at the 1954 sale. Smaller variants also on panel are in the Jack and Belle Linsky Collection in the Metropolitan Museum of Art, New York, and the Bissey Collection, Paris (ibid., I, pp. 401-2, nos. 485-6; II, figs. 489-490). A view of theEntrance to the Grand Canal and the Salute from the West on a panel of identical size to the present picture and of similar date was sold at Christie’s, London, 10 December 1993, lot 66 (£160,000).

he attribution of the present work has been confirmed by Dario Succi (written communication, 30 July 1996), who will include it in his forthcoming catalogue raisonné of paintings by Francesco Guardi. Succi dates the present work to c. 1785, comparing it to the version of the composition now in the Wallace Collection, London, also fully autograph and datable to c. 1780-1782 (see D. Succi, Francesco Guardi: itinerario dell’avventura artistica, Milan, 1993, fig. 103).