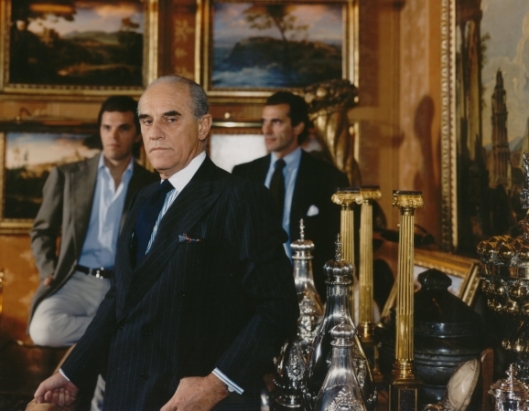 NASHVILLE, TENN.- The Frist Center for the Visual Arts presents Tina Barney: The Europeans, a selection of sumptuous, large-scale color portraits that depict upper-class Europeans in their homes, surrounded by their prized artworks and opulent interiors that mark their privileged status. With an eye for detail, composition, and color, American photographer Tina Barney creates images that are renowned for their seductive beauty and poignant sociological insight. Frist Center Executive Director and CEO Susan H. Edwards, Ph.D., is curator of the exhibition, which is on display in the Center’s Ingram Gallery January 19 through May 10, 2015. 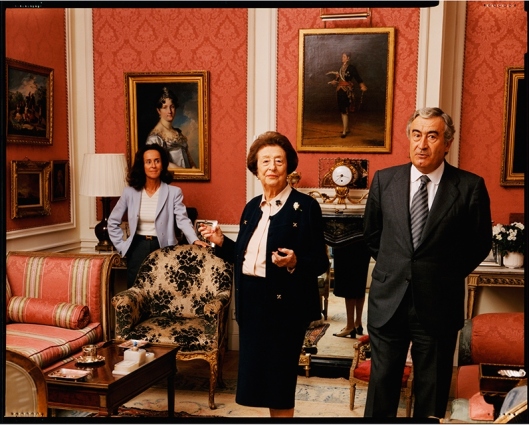 Organized by the Frist Center for the Visual Arts, Tina Barney: The Europeans comprises 21 chromogenic color prints from the artist’s larger body of work by the same name. The sizable portraits invite viewers to inspect the backgrounds and surroundings that are often as significant to the photographic vignettes as the human subjects. In reference to this characteristic of Ms. Barney’s work, Dr. Edwards notes, “Details are not so much about meaning as visual information, the attributes and artifacts of a lifestyle.” Ms. Barney’s mother, a fashion model turned interior designer, influenced this approach and demonstrated the importance of backgrounds and material belongings as representative of the aristocracy. For example, the title The Brocade Walls (2003) refers not to anyone in the group portrait, but rather to the fabric wall covering, which has a raised pattern. “The repetition and flow of color—red, in particular, but also the combination of black and white—leads the eye through the image with a rhythm worthy of Rubens,” says Dr. Edwards. “She is conscious of how artists from the Renaissance forward handle light, space, color, and composition, and she pushes herself and photography in similar directions.” 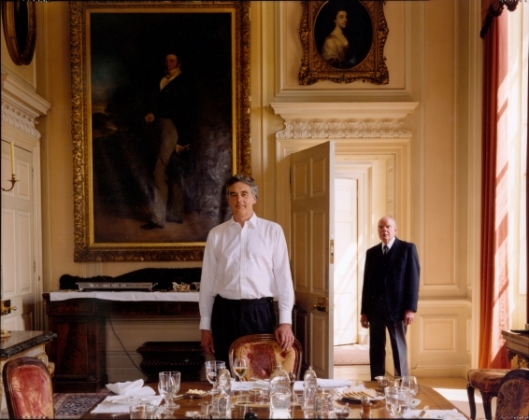 Ms. Barney frequently rearranges furniture, positions her subjects and suggests their garments to reflect a certain emotional or psychological current. “Nevertheless, she is comfortable with a chance encounter or when an unconscious gesture mimics something seen elsewhere in an image,” says Dr. Edwards. “She is a fierce editor of her own work who knows what makes a photograph memorable.” 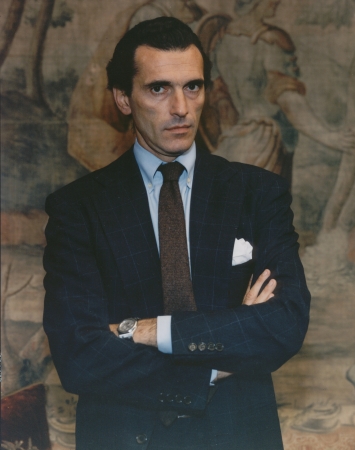 Between 1996 and 2004, Ms. Barney traveled to Austria, England, Italy, Spain, France and Germany with a large-format camera, lights and assistants. She gained access to the inner circles of Old World elite families with the help of friends and curators who provided introductions. With knowledge of French and some Italian, and her own natural instinct for propriety, she was a reassuring presence among strangers, and worked quickly and closely with her subjects devising tableaus that invoke a bygone elegance. The results are carefully staged yet intimate glimpses into the lives and homes of a reputedly reserved and private social class. “With her photographs,” says Dr. Edwards, “Barney never allows us to forget that even in her capable hands, a theater of manners is an idealized fiction.” 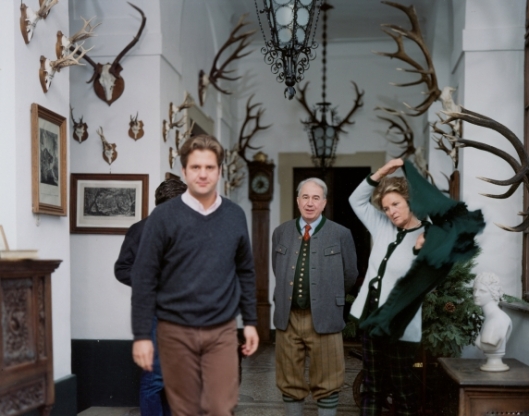 Tina Barney was born in New York City in 1945 and studied at the Spence School in Manhattan and the Sun Valley Center for the Arts and Humanities in Ketchum, Idaho. She began her career as a photographer in the mid-1970s and during the 1980s she rose to prominence through photographing her own family and friends in affluent coastal areas of the Northeast. In 1991, she was the recipient of a John Simon Guggenheim Memorial Fellowship, and in 1996 she was a visiting artist at the American Academy in Rome. Ms. Barney’s work can be seen in institutions such as the Museum of Modern Art in New York; the George Eastman House in Rochester, New York; the Museum of Fine Arts in Houston; and the Yale University Art Gallery in New Haven, Connecticut. She is represented by The Paul Kasmin Gallery, New York City. Ms. Barney resides in New York City and Watch Hill, Rhode Island. 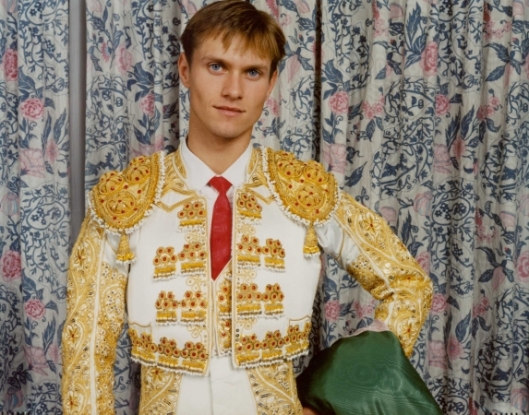