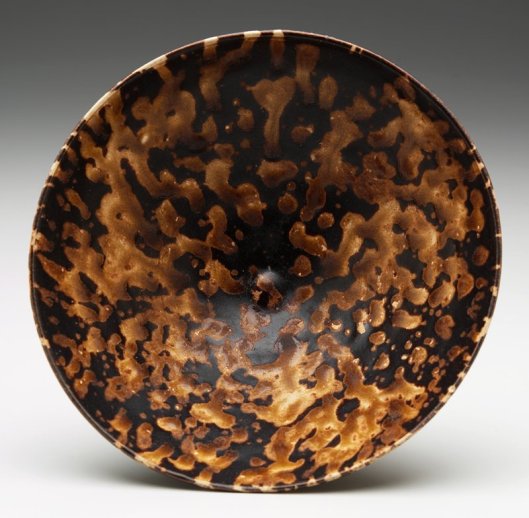 The Jizhou region located in central Jiangsi province produced its best known wares during Southern Song (1127-1279). This was a technically creative period when Jizhou kilns introduced and pioneered new techniques of decoration including tortoiseshell glazes as well as paper cut, glaze resist and naturalistic leaf designs. Called tai mei wen in Song literature, tortoiseshell refers to the shell of the hawksbill sea turtle from which the Chinese made a variety of decorative items. The glaze was apparently made by splashing wood or bamboo ash, probably as an admixture of slip, on the surface of the dark glaze before firing. Light-toned splashes formed in those areas receiving the ash.