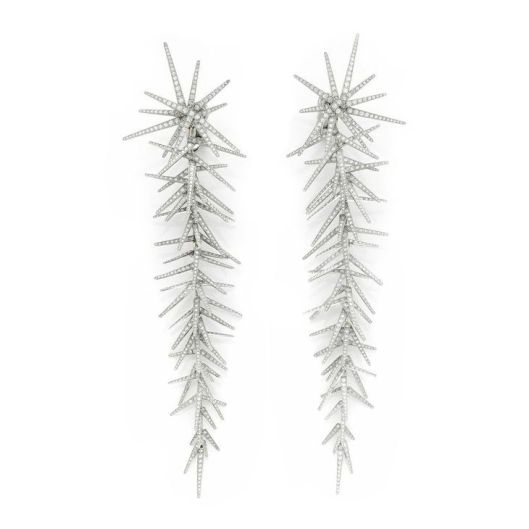 A Pair of Diamond and Platinum Ear Pendants, by SABBA. Photo FD Gallery 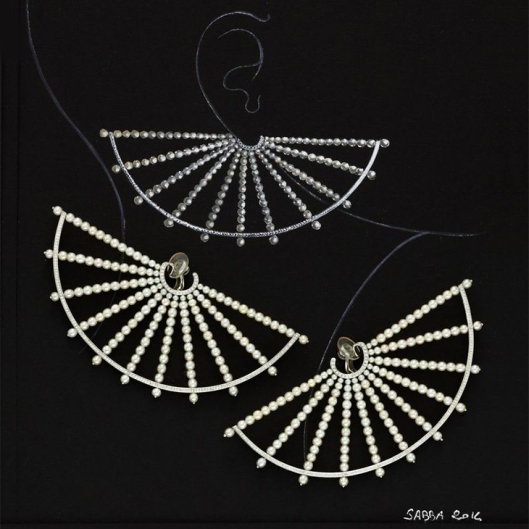 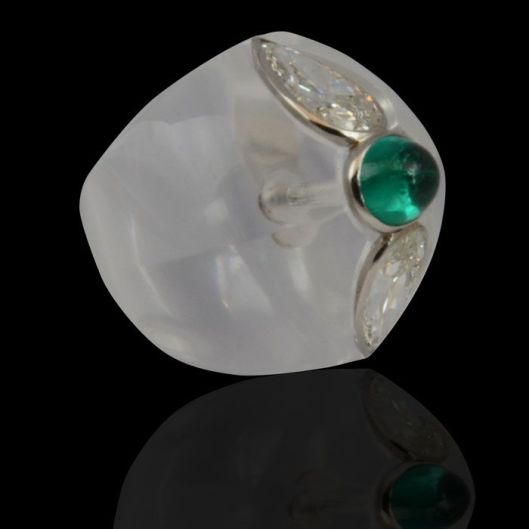 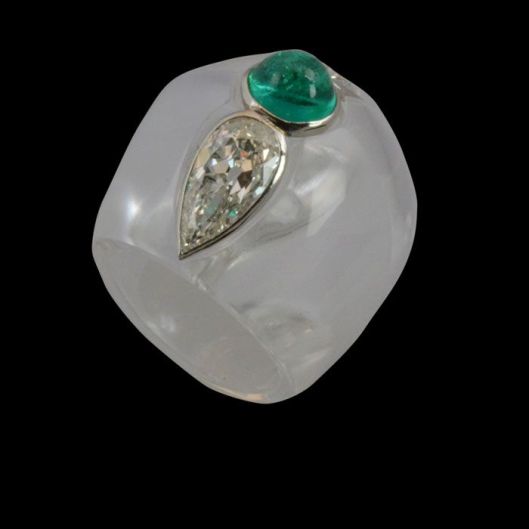 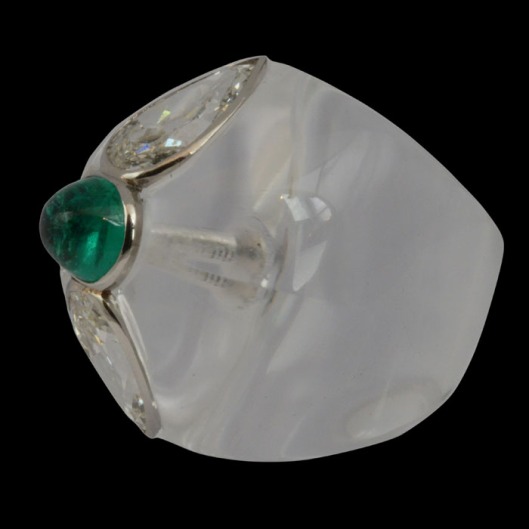 Notes: Suzanne Belperron was a pioneering jewellery designer who worked for Maison René Boivin before striking out on her own. Her jewels are rare and have a distinctive style to them that is still fresh and current even today. Belperron produced pieces for some of the most important women of the twentieth century including the Duchess of Windsor and Elsa Schiaparelli. 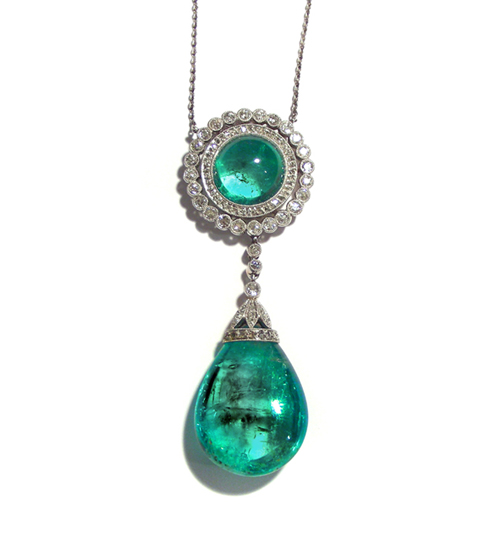 with a circular cabochon emerald encircled by rose and old brilliant cut diamonds, suspending by a diamond set chain an emerald drop, set in silver and mounted on gold. 6cm in length. 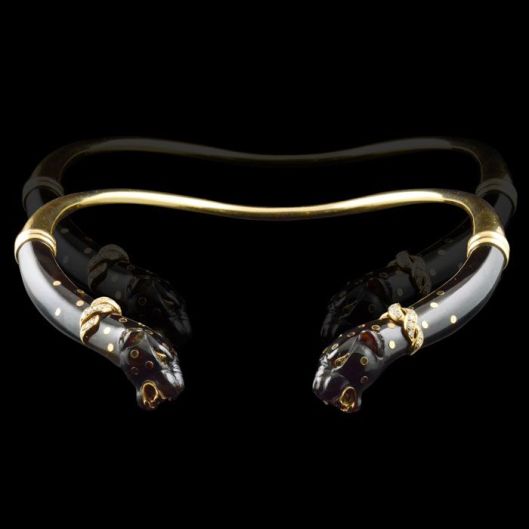 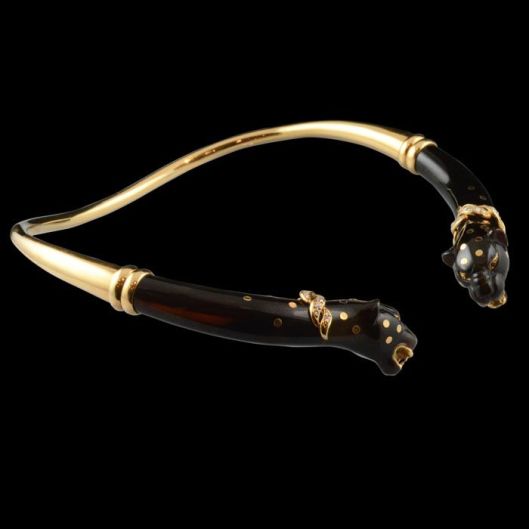 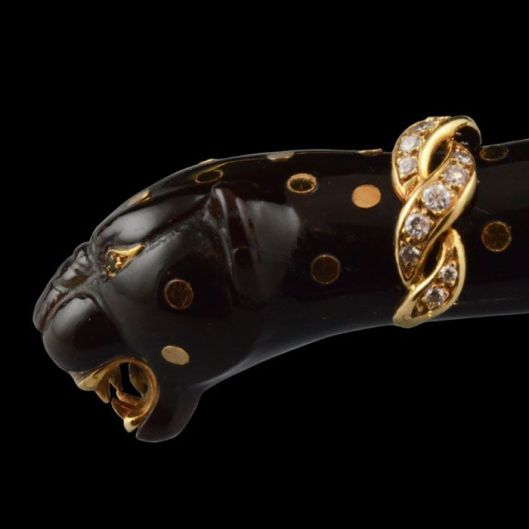 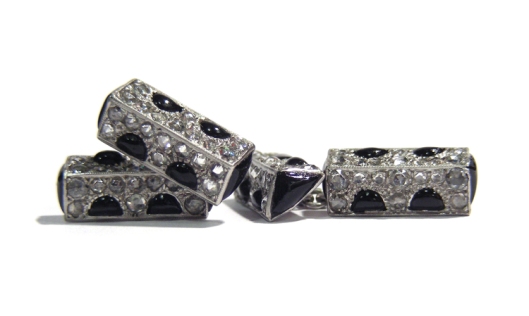 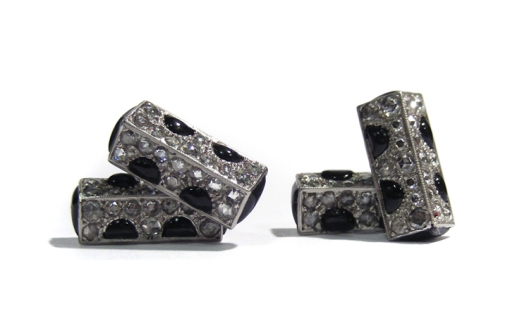 platinum of triangular cross-section mounted with rose diamonds and onyxes. 1.6cm by 0.7 cm

These cufflinks are contemporary with the first series of ‘peau de panthere’ or panther skin jewels designed by Charles Jacqueau for Cartier Paris.
They are similar to the ‘broche poignee’ now in the Cartier collection and illustrated in Cartier 1900-1939‘ (London, 1997) by Judy Rudoe, number 171.
Cartier first used the panther skin motif in 1914 but it was not described as such until 1917. The motif reflected the idea of a Lady-Panther as a sexual predator and symbol of demonic-eroticism. Jeanne Toussaint (1887-1978) the artistic adviser to Cartier who was involved with Louis Cartier was nicknamed ‘Panther’. 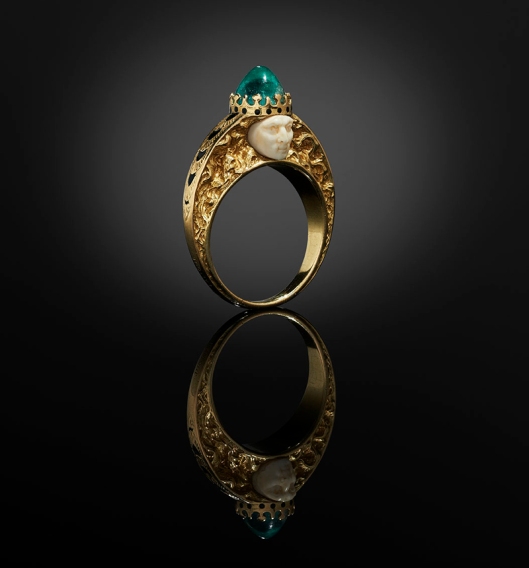 yellow gold, each side centred by a carved ivory face, the ring is surmounted by a cabochon emerald, the setting of the stone formed and enamelled to resemble a crown, the subject’s hair sensuously tumbles down the deeply engraved shoulders, the top of the shoulders are decorated with overlapping engraved leaves filled with black enamel. 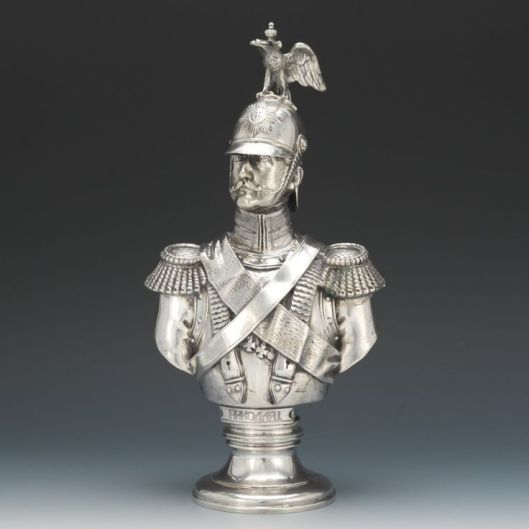 Offered by Aspire Auctions, lot 394 Bust of Nicholas I (1825-1855), Czar of the Russian Empire. Portrayed in military uniform and helmet with double headed crowned Imperial Eagle and attached to a silver socle. Front plate with « Nicolas I » in Cyrillic. With maker’s hallmark « Morozov » in Cyrillic with Imperial Warrant of double headed Imperial Eagle to the right, city mark for St. Petersburg, and assay mark for Aleksandr Timofeyevich Shevyakov (1895-1898) and « 84, 1896 » underneath. Weighs 49.92 toz.

The silver casting was made by Morozov, the chief rival to Carl Faberge, also possessed the Imperial Warrant to supply items to the Imperial Court. This is symbolized by the Imperial Eagle on the hallmark of the bust. Ivan Ekimovich Morozov founded an important firm of jewelers and court purveyors « I.E.Morozov » in 1849 which remained in existence till 1917. Friedrich August Theodor Dietrich (German, 1817-1903) was born in Bojanovo (Posen), studied under Drake, Rauch, Tieck and others in Berlin. In 1856 modeled bronze statuettes of the Russian Tzar Nicolas I and the Prussian King Frederick Wilhelm IV. 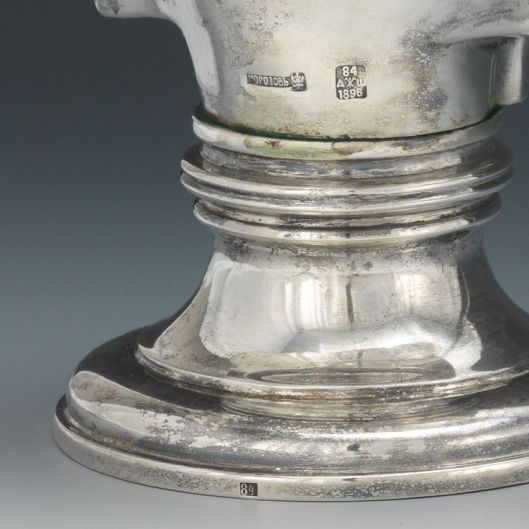 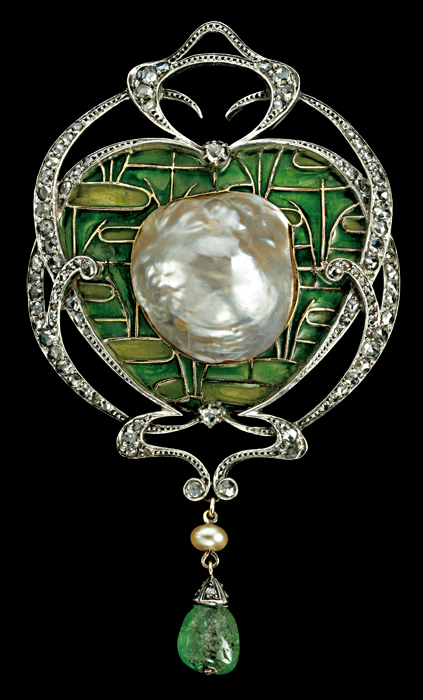 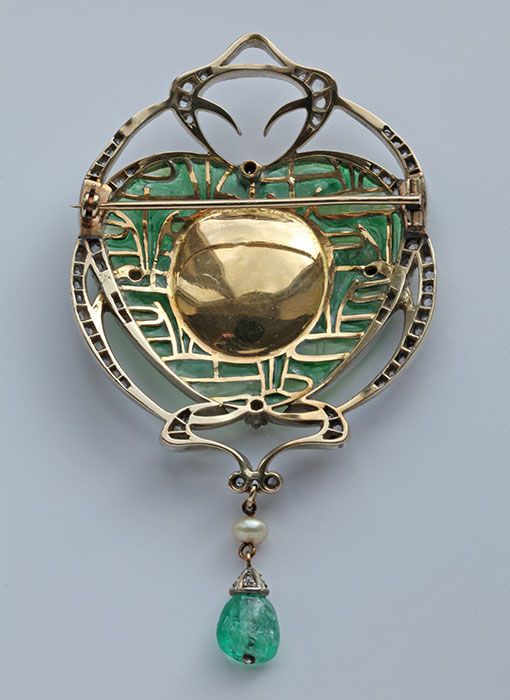 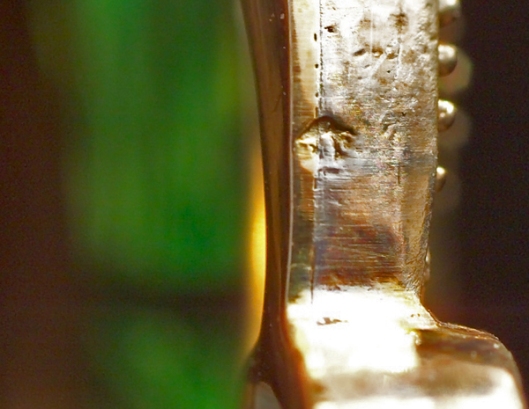 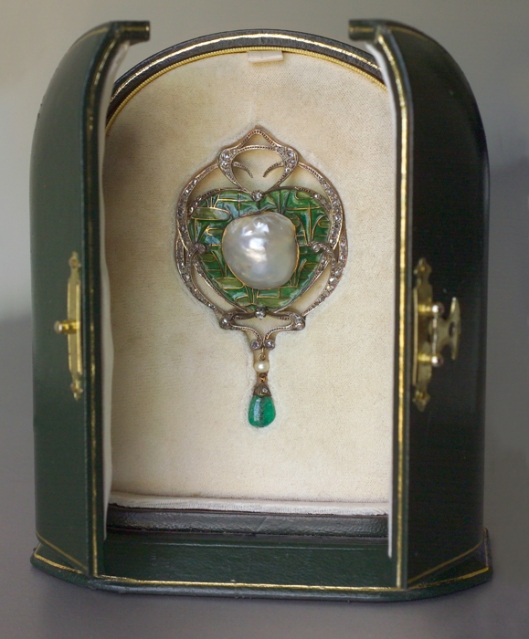 Notes: Emile Olive succeeded Georges Le Sache as designer for Lucien Falize. He left Falize in 1885 to form a partnership with Georges Fonsèque in Paris. After Olive’s death in 1902 Fonseque continued the business for a further twenty years.

This pendant is an exceptional example of the fusion of Japonisme and Art Nouveau in France. The background in plique-à-jour enamel represents a lily pond in the Japanese cloisonné manner on which a magnificent blister pearl set in gold appears to float. The fine diamond-studded frame surround shows the elegant and characteristic swirls of the French Art Nouveau style.